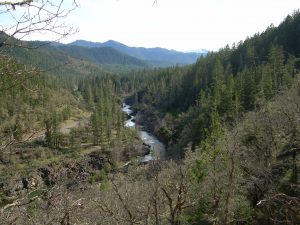 Bound by rugged foothills, the rural valley extends through pastoral flats, vineyards, organic farms and small rural communities. Numerous tributaries flow through smaller valleys joining the Applegate River on its way to the Rogue River west of Grants Pass, Oregon. These include Humbug Creek, Thompson Creek, the Williams Valley, Williams Creek, Murphy Creek and Slate Creek. The towns of Ruch, Applegate, Provolt, Williams, Murphy and Wilderville are located in the Applegate Valley along with smaller communities such as North Applegate and Jerome Prairie. 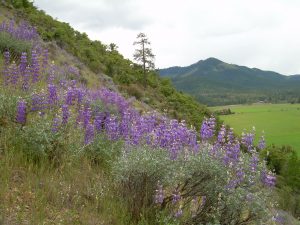 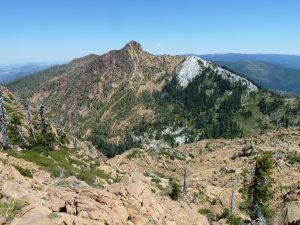 Species from the interior valleys of Oregon, the foothills and valleys of California, the high deserts of the Great Basin, the mountains of the Pacific Northwest and the fog drenched redwood coast collide in the Siskiyou Mountains, creating an astounding array of plant communities. The Siskiyou Mountains are known in particular for their conifer diversity, interesting range extensions, and for endemic species found nowhere else on the face of the earth.

Applegate Siskiyou Alliance is committed to protecting the diversity of life in the Siskiyou Crest region. Extreme biodiversity defines our region and we hope to keep it that way.